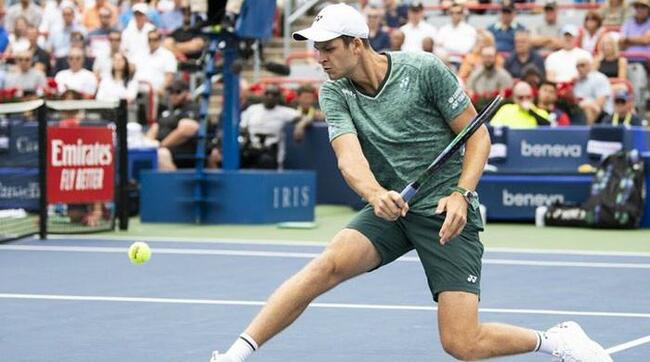 newscatcher
Hubert Hurkacz beats Nick Kyrgios to qualify for Canadian Open semi-finals
Hubert Hurkacz — TwitterMONTREAL: Hubert Hurkacz advanced to his fourth ATP Masters 1000 semifinal on Friday despite Nick Kyrgios' relentless attack.On Court Central, he defeated the Australian 7-6(4), 6-7(5), and 6-1. The Pole advanced following an exciting match in which the 27-year-old made rapid adjustments to his serve while he produced powerful shots from his own strings to improve to 31-13 on the year.The Washington champion from the previous week, Kyrgios, entered the match in excellent shape, having won 15 of his previous 16 games, with his lone loss coming to Novak Djokovic in the Wimbledon final. 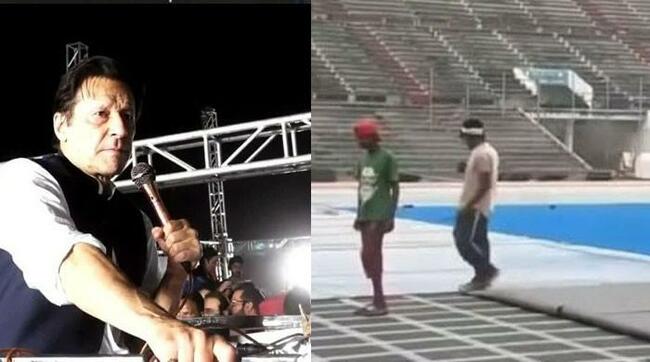 newscatcher
WATCH: Astroturf at hockey stadium Lahore scrapped for PTI jalsa
PTI chairman and former PM Imran Khan (L) and Lahore Hockey Stadium's turf being removed (R) — AFP/ScreengrabKARACHI: Astroturf at the National Hockey Stadium in Lahore was scrapped to hold a political gathering led by Pakistan Tehreek-e-Insaaf (PTI)'s chairman, former Prime Minister and cricketer Imran Khan.In a video that went viral on social media, the labour can be seen removing astroturf amid other preparations were in full swing for the political gathering which is scheduled on August 13. Astroturf at the National Hockey Stadium Lahore is one of the very few well-maintained turfs for hockey players in the country. 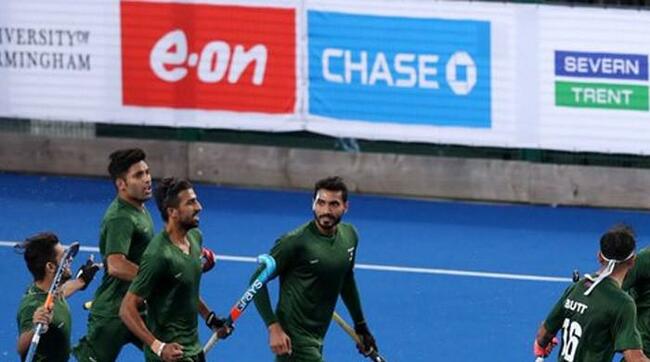 newscatcher
Australia outclass Pakistan to force them out of medal race in Commonwealth Games 2022
Source: TwitterBIRMINGHAM: Mighty Australians trounced Pakistan to force them out of the medal race in Commonwealth Games 2022's Hockey event.Helpless Pakistan had no chance to make a comeback in the match as the Aussies were unstoppable. Blake Govers scored a goal in 12th minute to give a 1-0 lead to Australia. Under pressure Pakistan seemed clueless as they didn't find any room to score an equalizer in second quarter. Jeremy Hayward scored another goal in 19th minute to make it 2-0 in favour of pool toppers Australia. 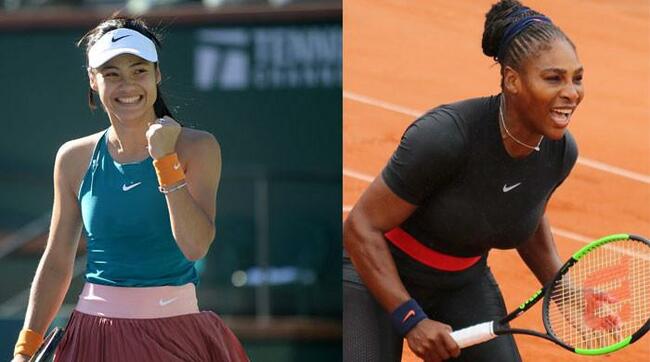 newscatcher
Emma Raducanu to clash with Serena Williams for first time in career
CINCINNATI: British young tennis star Emma Raducanu will play Serena Williams, a 23-time Grand Slam singles champion, for the first time in her professional career.The two players will clash in the Western and Southern Open's opening round here on Monday. Williams announced her retirement from tennis earlier this week when she said she would be "developing away" from it following the US Open.Later this month, Raducanu will defend her US Open championship.22 years after Williams won her maiden Grand Slam singles champion in New York when she was just 17 years old, the British number one won the Flushing Meadows competition as an unseeded 18-year-old. 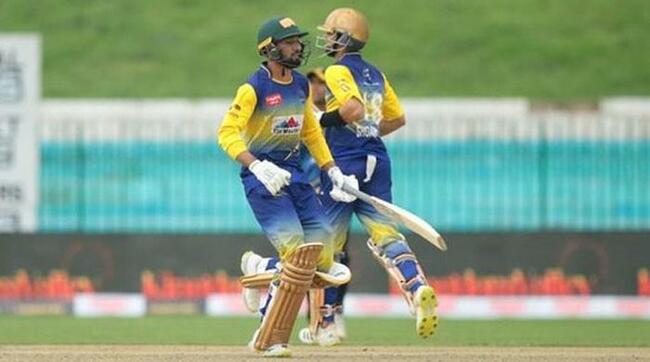 newscatcher
KPL 2: Ali Imran, Shoaib Malik shine as Mirpur Royals beat Kotli Lions by six wickets
— KPL TwitterMUZAFFARABAD: Ali Imran and Shoaib Malik shined as Mirpur Royals beat Kotli Lions in the second match of the Kashmir Premier League (KPL) here at the Muzaffarabad Cricket Stadium on Sunday.Imran was exceptional as he scored a 57-ball 84, including seven fours and four massive sixes. While his opening partner Hassan Nawaz was sent back to the pavilion after scoring only five runs.Veteran Pakistan all-rounder Shoaib Malik also played important innings, scoring 48 runs in 42 balls. For Lions, Khurram Shehzad delivered with the ball as he took three scalps, while Nadeem Khalil claimed a wicket. 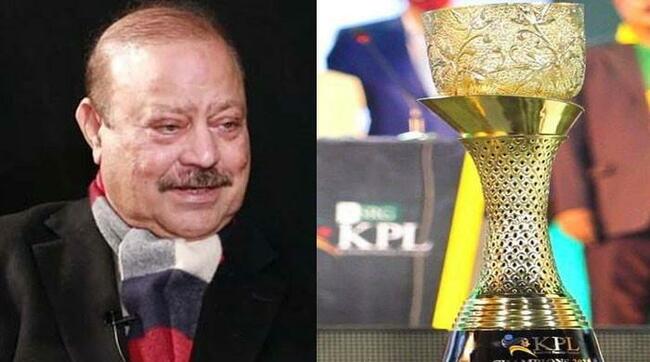 newscatcher
'KPL 2 portrays good image of Kashmir in the world,' President Azad Kashmir
Source: KPL MUZAFFARABAD: President of Azad Jammu and Kashmir, Barrister Sultan Mahmood Chaudhry believes that Kashmir Premier League (KPL) is sending a good message across the world from this valley.Speaking at the opening ceremony of KPL season 2, Chaudhry expressed his views on the second consecutive edition of the league. "I am happy that Muzaffarabad is hosting second consecutive edition of the KPL," he said. "This league portrays good image of Kashmir in the world. Such activities are important to show that our Kashmir is ready to welcome the world," he added. 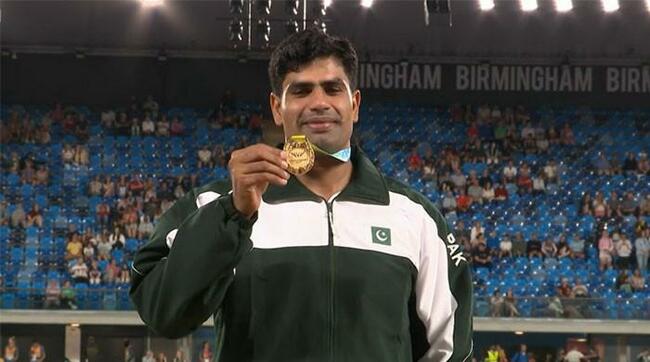 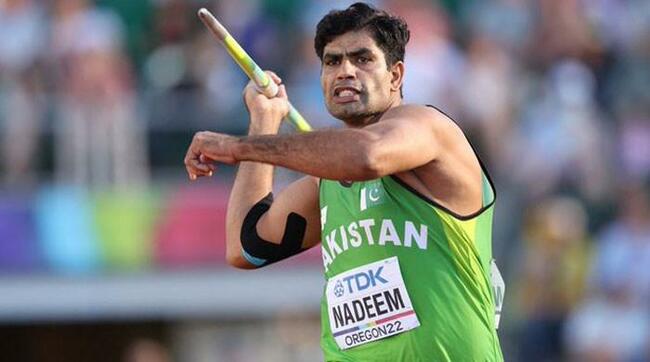 newscatcher
Weighing Arshad Nadeem's chances of winning a medal in Commonwealth Games 2022
Arshad Nadeem — TwitterKARACHI: Pakistan's Arshad Nadeem will be in action on Sunday (today) in the Men's Javelin Throw final in the Commonwealth Games 2022.In the absence of India's Olympic gold medalist Neeraj Chopra, Arshad has a good chance of winning a medal, but for that, he will have to overcome several strong rivals. Pakistani athlete Arshad, who performed prominently in the Tokyo Olympics 2020 and the World Athletics Championship 2022, will be the centre of attention on Sunday night. His Javelin Throw event will start at 11:40pm (PST). 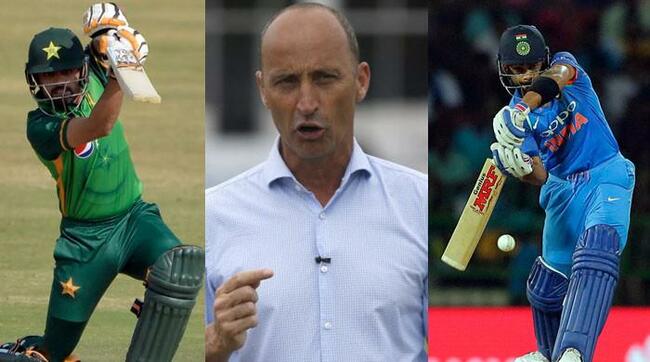 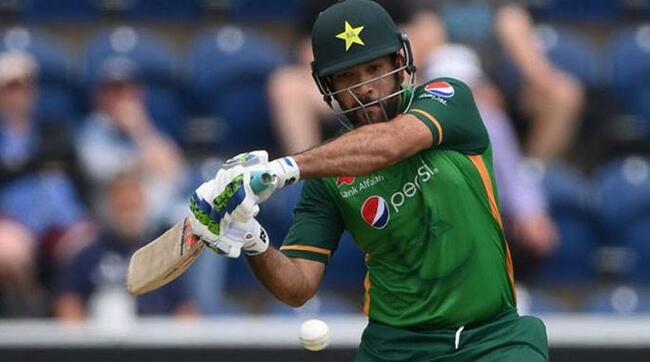 newscatcher
'Over-excitement cost Pakistan its World Cup matches against India,' says Sohaib Maqsood
Sohaib Maqsood — TwitterISLAMABAD: Pakistan middle-order batter Sohaib Maqsood said it was not pressure but over-excitement which cost Pakistan against India in World Cup matches.Speaking exclusively to Geo News, Sohaib said: "The reason for the green shirts' consistent defeat against India in World Cup matches is because the Pakistani team became overexcited. "However, in the recent past, our team has started treating Indo-Pak matches normally and it has improved our performance too."Maqsood, who represented Pakistan in 29 ODIs and 26 T20s, is playing for Bagh Stallions in the second edition of the Kashmir Premier League. 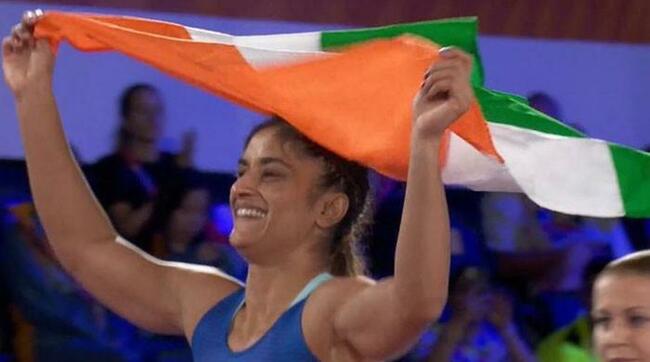 newscatcher
Hat-trick of gold medals for Vinesh Phogat of Dangal famed Phogat family in Commonwealth Games
Vinesh Phogat — TwitterBIRMINGHAM: Vinesh Phogat became the first Indian women wrestler to win three consecutive gold medals at the Commonwealth Games after she defeated her Sri Lankan opponent in the 2022 edition of the event on Saturday.Phogat secured a gold medal after beating Sri Lanka's Chamodya Keshani Maduravalage Don in Women's Freestyle 53kg Nordic wrestling event. The 27-year-old was far too skilled for the Sri Lankan wrestler, despite the latter's incredible determination. The opponent was placed in a dangerous position by Phogat, who then tightly held her till Chamodya Keshani's shoulders touched the mat. 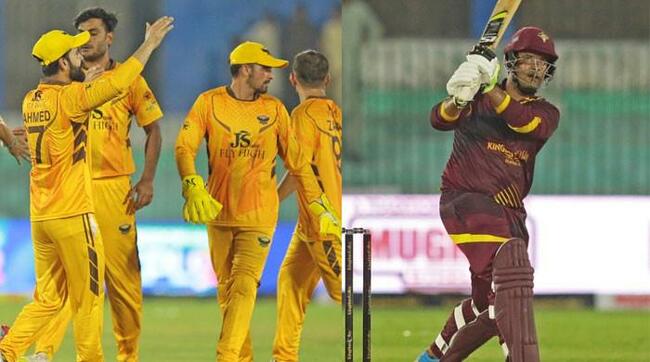 newscatcher
KPL 2: Rawalakot Hawks beat Jammu Janbaz by 11 runs in opener
— KPL TwitterMUZAFFARABAD: Rawalakot Hawks beat Jammu Janbaz in a rain-effected opening match of the Kashmir Premier League (KPL) season 2 here on Saturday.Hawks were declared the winners by 11 runs (D/L method) after rain interrupted the league opener after they scored 50 runs in 5.1 overs.Skipper Ahmed Shehzad was bowled out by Imran Khan Sr. But, Bismillah Khan 16 (10) and Babar Khaliq 13 (7) were on the crease.Earlier, opening batter Sharjeel Khan was unstoppable against Hawks as he smashed power-packed 89 runs to help Janbaz post 178-4. 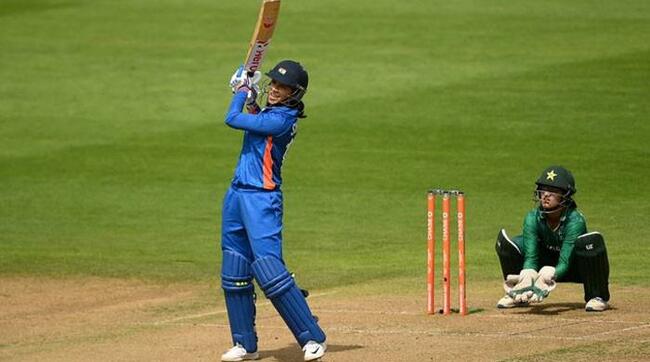 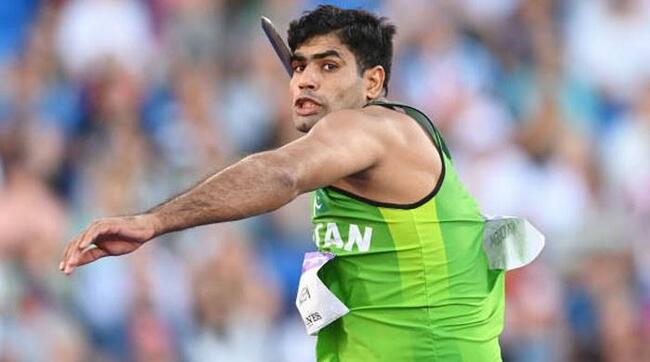 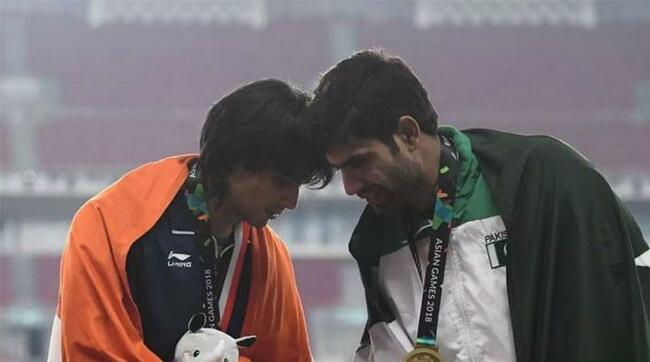 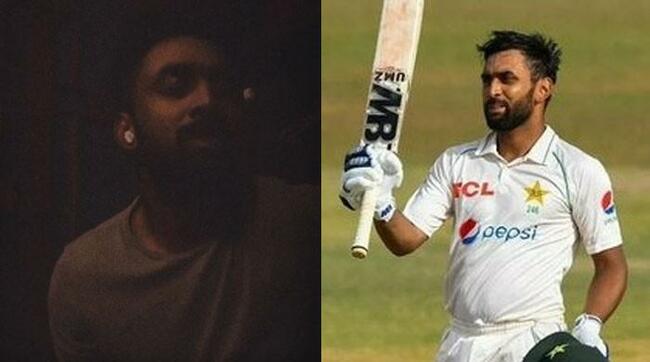 newscatcher
Listen to multi-talented Abdullah Shafique's soulful voice
KARACHI: Pakistan opening batter Abdullah Shafique, who guided Pakistan to victory in the first Test against Sri Lanka in Galle, has once again caught the attention of fans with his singing.The 22-year-old recently attracted fans' attention after a video clip of him singing went viral on social media during Pakistan's Test series against Sri Lanka.The batter has yet again shared a video on his official Instagram handle where he is singing world-renowned singer Atif Aslam's "Aadat". "My Midnight Zone.

#geosuper
Listen to multi-talented Abdullah Shafique's soulful voice
KARACHI: Pakistan opening batter Abdullah Shafique, who guided Pakistan to victory in the first Test against Sri Lanka in Galle, has once again caught the attention of fans with his singing.The 22-yea...
Read More
0 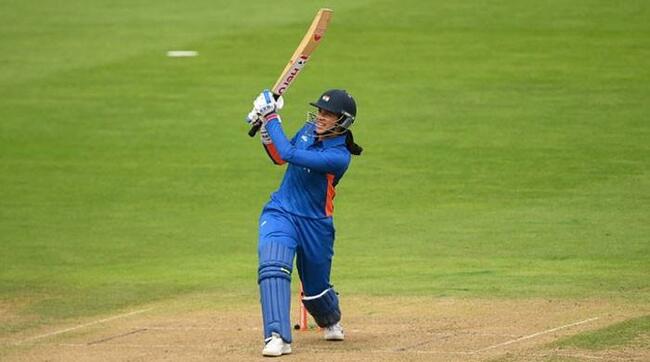 newscatcher
Smriti Mandhana shines as India beat England to reach final of Commonwealth Games 2022
Smriti Mandhana — TwitterBIRMINGHAM: Smriti Mandhana inspired India to victory over England to qualify for the final of the Commonwealth Games 2022 on Saturday.India won the toss and opted to bat first and produced a difficult 164-5, led by opener Smriti's 61 off 32 balls (including three sixes) and Jemimah Rodrigues' unbeaten 44. However, England were just short of four runs as they were bowled out for 160 in 20 overs. Amy Jones and Captain Nat Sciver appeared to be guiding England toward victory, but Jones was run out for 31. 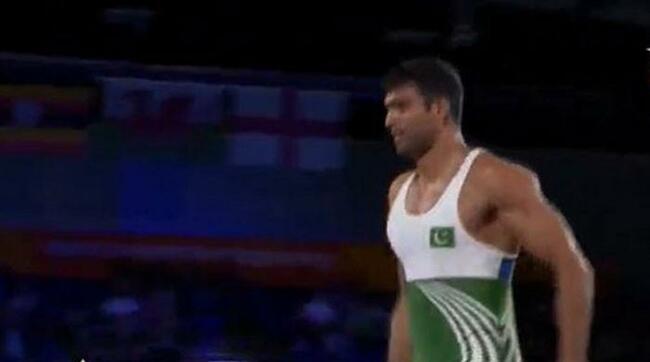 newscatcher
Tayab Raza loses Bronze medal bout in Commonwealth Games 2022
Tayab Raza — Twitter BIRMINGHAM: Pakistani wrestler Tayab Raza lost his Bronze medal bout after being beaten by his Indian opponent in Men's 97kg wrestling event in the Commonwealth Games 2022.Tayyab was up against India's Deepak Nehra, and the Pakistani wrestler was dominated by Nehra, who won the match by 10-2.Earlier, Tayab Raza beat Scotland Cameron Nicol by 10-0 to become the third Pakistani to play a semi-final, where Canada's Nishan Randhawa beat him to stop him from playing the final of his respective category. 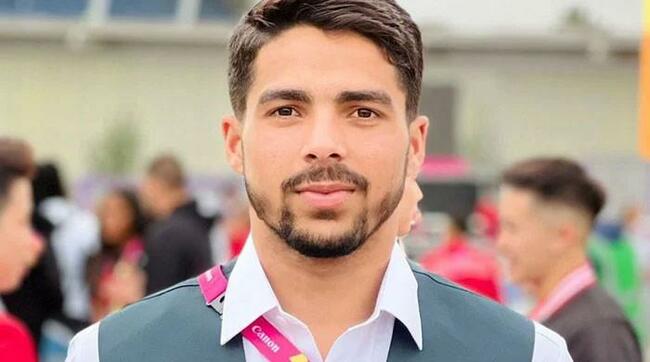 newscatcher
Shajjar finishes last in Men's 200m in Commonwealth Games 2022
Shajjar Abbas — TwitterBIRMINGHAM: Pakistani sprinter Shajjar Abbas couldn't win a medal for Pakistan in Men's 200m final in the Commonwealth Games 2022.Shajjar covered the distance in 21.16 seconds, which wasn't enough for him to win a medal as he finished last in the 200m event.Jereem Richards of Trinidad and Tobago won the Gold medal, while England's Zharnel Hughes secured Silver and Ghana's Joseph Paul Amoah finished third to bag Bronze.On Friday, Shajjar clocked 20.89 to cover the distance, finishing third in his heat and among the top eight overall to qualify for the final. 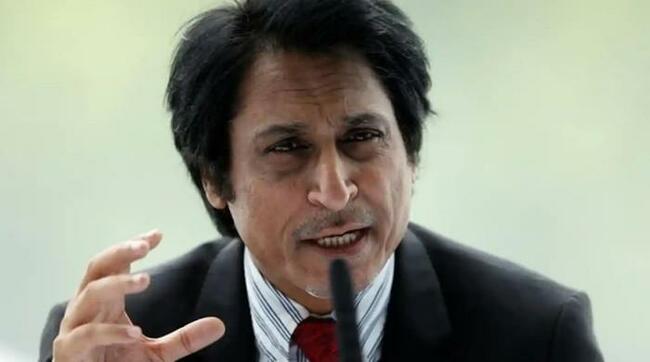 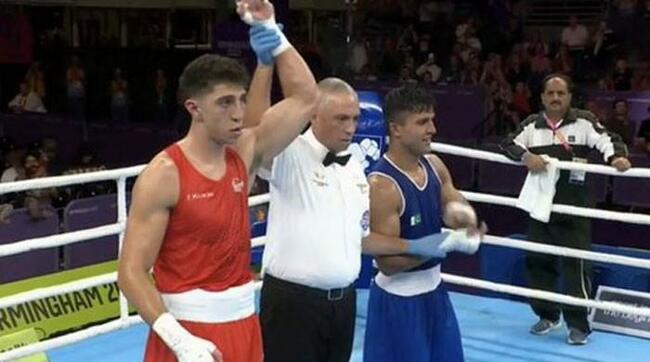 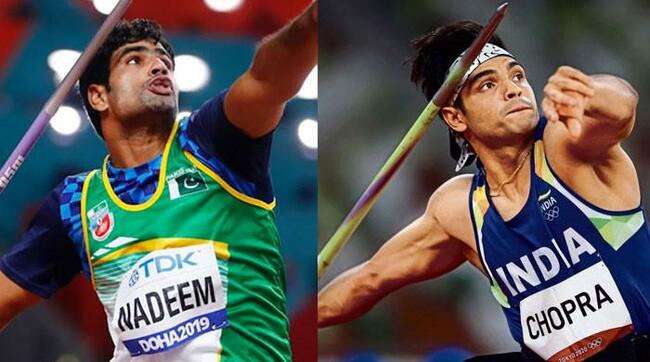 newscatcher
Pakistan's Arshad Nadeem secures fifth position, India's Neeraj Chopra wins silver in World Athletics Championship
Arshad Nadeem (L) and Neeraj Chopra (R) — Olympics OREGON: Pakistan's star athlete Arshad Nadeem failed to win a medal but did secure the fifth position in the final of the Javelin Throw event in the World Athletics Championship held in Oregon, United States.Arshad managed to throw at 86.16 meters, which is the athlete's best throw this season.In the qualifying round of group B that took place on Thursday, Arshad finished ninth with a best throw of 81.71m. Meanwhile, India's Neeraj Chopra bagged a silver medal for his country with a throw of 88.