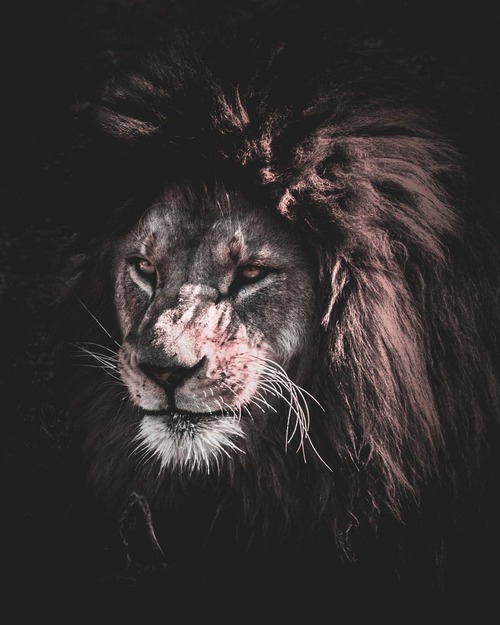 The Chronicles of Narnia: The Lion, The Witch, and The Wardrobe

C.S. Lewis' imaginative and compelling story of four siblings who take a journey to a magical world by venturing through a wardrobe has finally arrived on DVD. The Chronicles of Narnia: The Lion, The Witch, and The Wardrobe had a very successful tenure while in theatres and the DVD has been packed with some pretty nice features and extras to make the purchase worth it whether or not the viewer has seen the movie in the theatres.

The movie lacks a little in terms of acting and doesn't contain the big name stars of most big Hollywood movies, but the package comes together extremely well through the work of excellent scriptwriters and set designers. The story stayed right on track with the novel and contained most of the underlying Christian themes that were portrayed in C.S. Lewis' classic book series. The dialogue was superbly done and the interaction of characters and plot development moved extremely smoothly.

But the real star of the show was the environments in which the scenes were placed. Great set designers, green screens, and on-sight filming combined to grasp all of the majesty of the vast fantasy world of Narnia. C.S. Lewis' vision of the magical world was brought to life in amazing fashion and kudos goes out to those who put in all the hard work to make everything happen.

The movie carries a PG rating and, although it contains a few action scenes and one big climactic battle at the end, the violence was held to a minimal and blood was withheld for the most part in order to hold that PG rating. The younger crowds will be enticed by the fantasy setting and relatable characters and the older crowds who have read the Narnia novels will want to see the world and story portrayed accurately and done proper justice.

The bonus features included in the DVD include two commentaries, three featurettes, deleted scenes, and dozens of other features. These extras and bonus features are truly outstanding and make the purchase of the DVD well worth it even for those who took the trip to see the movie while it was in theatres.

The DVD version of The Chronicles of Narnia: The Lion, The Witch, and The Wardrobe is simply an excellent release that all fans of the movie and the book will want to be able to own and enjoy. The bonus materials are well worth it and the quality of the movie itself make revisiting it and watching it again well worth it.

Author Bio
Chris Shelton loves to buy DVDs and set up a price comparison website for others who also do. Buy DVD

The Chronicles of Narnia: The Lion, The Witch, and The Wardrobe 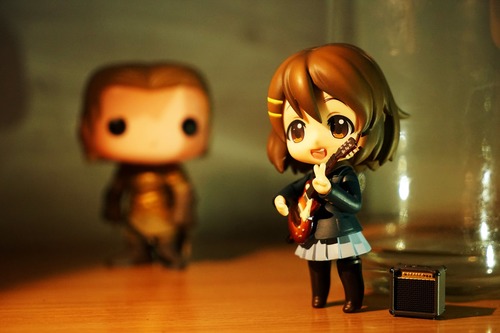 Simply put, anime is a form of cartoon animation created in Japan, which explains animes formerly-popular moniker, Japanimation. Anime's history began at the start of the 20th century. This was when Japanese filmmakers began trying out new animation techniques that were being used in the Western world. Anime did not reach mainstream status until the 1980s, and since then it has blown up not only in Japan, but around the globe.

Part of the draw that anime possesses is the fact that they can target wide ranges of viewers. This is due to the fact that animes are not confined to one category, but run the entire gamut of genres, including action, sci-fi, drama, romance, horror, and yes, even erotica. Many animes do not limit themselves to one particular genre and mix genres together.

Animation itself allows anime creators to convey just about any storyline they desire. It is much easier to make a cartoon about large robots featuring huge action and destruction sequences than it is to produce a live-action film including the same things. With recent advances in CGI animators have even more power to transfer their wildest imaginations on to a screen. Storylines, characters, and settings are limited only to what creators can conjure up in their minds.

Though animes seem to be simple cartoons on the surface, many of them have deeper storylines and character development. This may be conveyed through the use of character-based flashbacks, which portray part of a character's past to the viewer, allowing them to understand why they act a certain way or say the things they say. Juvenile humor may be thrown in sporadically in drama-based animes, but do not be surprised if you see poignant and profound character development in humor-based animes as well.

Needless to say, not all animes are just cartoons for kids. In fact, the majority of animes feature violence, sexual innuendos, and language that may not be suitable for children. This is likely a major reason why anime's popularity has exploded in the past few years across the world. With animes, cartoons are no longer just for kids, and even adults can find themes of romance and drama that they might otherwise find only in real-life television shows. The unique blend of animated characters with more mature themes is undoubtedly an enticing combination for adult-viewers.

Most anime series find their foundations in manga, or Japanese comics. These mangas are usually a few episodes ahead of the actual television series and have become popular among international audiences as well.

When animes are released in theaters, on television, or on DVDs in countries outside of Japan, distributors must decide whether they want to use subtitles or dubbed voices. There are pros to both sides of the issue, and there are strong proponents of both. Some viewers enjoy watching their anime without having to read words on the bottom of the screen, which they say take away from the visual pleasures of the anime. Others prefer to hear the original voice acting and enjoy reading the more literal translations. DVDs offer both sides a satisfying medium, as they allow for either subtitles or English voice tracks.

Now that you know the basics of anime and its history, it is time to find the right animes for you. There are countless resources on the Internet that give recommendations and reviews of numerous anime series, many of which are readily available on DVD and even on television stations. Pick a genre, read up on reviews and summaries of shows that you are interested in, and enjoy. 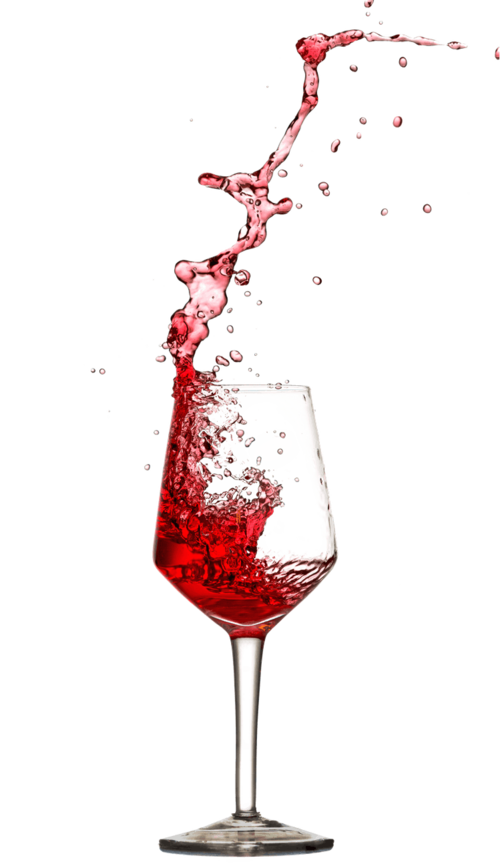 Koyaanisqatsi is a nonverbal film, directed by Godfrey Reggio, and completed in 1982. Koyaanisqatsi contains no actors, no dialogue and has no script. Images from around the world are set to a moving score from composer Philip Glass.

In the movie Koyaanisqatsi director Godfrey Reggio tries to show the imbalance between man and nature. Shots showing the destruction of mankind are coupled and set against images of nature's beauty and force. The images are very moving and provoke many thoughts in viewers. The musical score of Philip Glass is unconventional, as his scores often are, and yet it is a good balance to the images.

The images are shot by Ron Fricke who later went on to make the movie Baraka. Baraka has a similar theme to Koyaanisqatsi, but a slightly more spiritual theme. It was shot using 70mm, which gives a warmer and cleaner feel than Koyaanisqatsi. Koyaanisqatsi was shot between 1975 and 1982. Some of its scenes are stock footage, such as explosions and space rocket launches.
Koyaanisqatsi has its own page at www.spiritofbaraka.com/koyaanis.aspx with all of the details of the film and images of most of the scenes.

In 2003 Koyaanisqatsi was re-released after ownership disputes were settled. The re-mastered DVD image greatly improved the quality but bizarrely lost its original aspect ratio.

Koyaanisqatsi has gone on to be an underground cult movie, and often studied by film students looking to explore a deeper side of the film world.

A small genre of films has been spawned by Koyaanisqatsi. Baraka, as mentioned above has become the most popular. Other movies in the genre include Chronos: also by Ron Fricke, Powaqqatsi: the sequel to Koyaanisqatsi, Microcosmos: about insects, Naqoyqatsi: the less popular final part of the Qatsi trilogy: Winged Migration: about birds, Samsara: the Sequel to Baraka, Dogora: about the young people of Cambodia.

All of these movies where originally created to by viewed in theatres, where one gets the maximum effect. Larger and clearer televisions, as well as home cinema systems have allowed all of these movies to be enjoyed at home.

Author Bio
Darren is a big fan of nonverbal films and runs the Spirit of Baraka website.

Koyaanisqatsi a nonverbal film by Godfrey Reggio and Ron Fricke

Koyaanisqatsi is a nonverbal film, directed by Godfrey Reggio, and completed in 1982. Koyaanisqatsi contains no actors, no dialogue and has no script. Images... 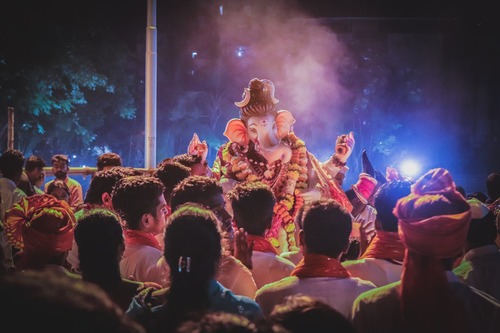 Article Geek
Bollywood on Your Phone

The Bollywood craze has swept around the world, as fans of "Hindi Cinema" have fallen in love with the kietschy (and yet unusually addictive) high-pitched songs, exaggerated hand and eye movements, and tendency of characters to break into large-scale musical numbers at the oddest moments, and often against anachronistic settings like the Swiss Alps.

But music is an integral part of Bollywood films, so that even a dark and edgy drama has to have at least one catchy song and corresponding dance number woven into the script. In fact, in India, the sound track is released before the movie, so that everyone is humming the song as they enter the theatres.

Most Bollywood songs are actually lip-synched by the actors, the voices "borrowed" from professional playback singers. (The exceptions are Kishore Kumar K. L. Saigal, Suraiyya and Noor Jehan, who are known for both their acting and their singing). were also known as both singers and actors. Amitabh Bachchan, Aamir Khan, Abhishek Bachchan and Shah Rukh Khan also sang in their movies. However, playback singers have their own following-like Lata Mangeshkar, Mohammed Rafi and Yesudas.

Today's Bollywood songs are known for how they remix filmi songs with modern beats and rhythms, adding an interesting edge to the ancient folk dances and steps that make up a typical Bollywood number (although it is not uncommon to see current hits incorporating MTV or Broadway twists).

While some Bollywood songs are directly related to the plot, there are also item numbers where someone performs a catchy number-like a courtesan dancing for a rich client in a cabaret scene, or disco scenes, or dancing at celebrations.

Bollywood soundtracks usually become big hits, and there are cases when the music outsells the movie. Due to their incredible popularity, it is not surprising that many of the songs are now available as ringtones. Now you can listen to "Kabhi kushi kabhi ghum" or " Bolein chooriyaan" on your phone. Some come in polyphonic form, but many are already available as true tones.

With such a rich music tradition, the amount of Bollywood ringtones available are staggering-we're talking thousands, ranging from the sweet love song with choral "dialogues" between two star-crossed lovers, or funky dance remixes that combine techno with traditional Indian folk music.

Bollywood's appeal has spread across the world, and now across mediums. From Bombay to Brisbane, the movie screen to the mobile phone. Get it now.

Bollywood on Your Phone

The Bollywood craze has swept around the world, as fans of "Hindi Cinema" have fallen in love with the...